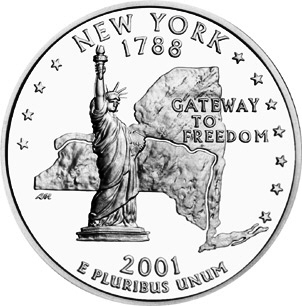 The Erie Canal appears on the 2001 New York State Quarter – as an afterthought. If you look carefully, you’ll notice the line extending north from New York Harbor to Albany where it makes a sharp turn to the west and continues (passing behind the Statue of Liberty) to Buffalo. Yes, that line represents the Erie Canal, the “gateway to the west.” Indeed, the “Gateway to Freedom” design that won the competition for the 2001 coin beat the “Erie Canal” design that was submitted. (I have been trying to obtain an image of that design but, so far, no luck.)

It looks like the Erie Canal will yet have its day on a United States coin. As shown below, a design depicting a mule-drawn barge on the Erie Canal was recommended by the U.S. Commission of Fine Arts for the U.S. Mint's American Innovation™ $1 Coin Program. 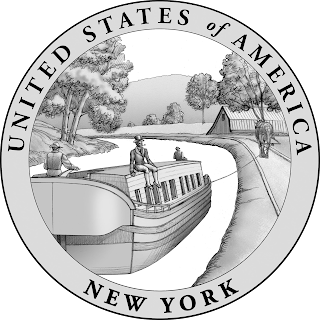 It’s not yet a sure thing. The design recommendation is subject to adoption by Secretary of the Treasury Steven Mnuchin, who has final say. It’s possible he might select one of the competing Erie Canal designs, shown below, or one of the baseball designs or Apollo lunar module designs that were submitted.

In any case, the final version won’t be known until the engraving is compete, translating the chosen design into a mintable coin.

As for those who prefer an image of the Statue of Liberty, fear not. She will appear on the obverse of each and every coin in the American Innovation Dollar Coin series. 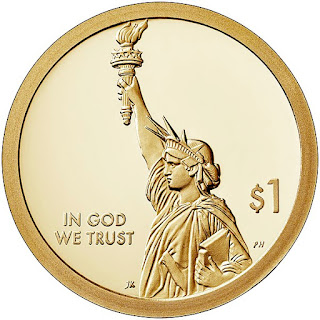 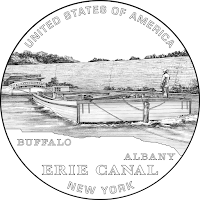 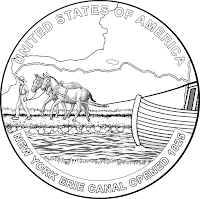 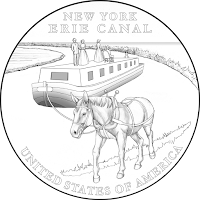 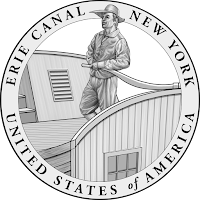