“Songs have been the not-so-secret weapon behind every fight for freedom, every struggle against injustice and bigotry.” ~ E. Y. Harburg 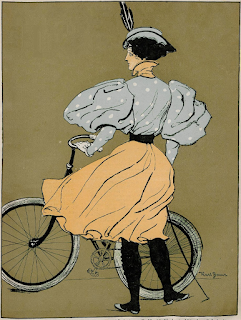 Which song is sung publicly more often than any other in the United States?

(Happy Birthday to You is undoubtedly the most often sung, but in private rather than public settings.)

Which song is sung publicly second most often?

(It's not Auld Lang Syne, which is sung publicly, but only once a year.)

Ready for a hint?

That‘s right, Take Me Out to the Ballgame, sung by crowds of strangers at just about every one of the thousands of baseball games played each year (albeit only the chorus).

How did the song get to be so well known?

It’s a long and fascinating story. Here's the short of it:

This 1908 song sold six million copies of sheet music in an era when there were only 20 million U.S. households. Perhaps one out of every three or four households had a copy. It was sung in the fledgling movie theaters that blossomed all over the country. Beautifully hand-colored “magic lantern” slides, projected on the screen, helped tell the story of “Katie Casey” who was “baseball mad.” However, it wasn‘t really about baseball! Without lecturing or preaching, it embraced the “New Woman,” a woman who was independent, outspoken, interested in sports, and deserved to vote! It was 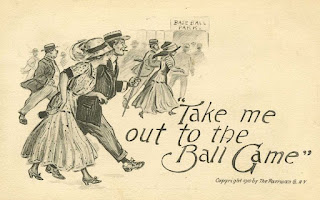 The story tells of the songwriters, Jack Norworth and Albert Von Tilzer, the most famous female stars of the day – Trixie Friganza, Louise Dresser, and Nora Bayes (think Madonna, Lady Gaga, Barbara Streisand), Frederick and Louis Rueckheim – creators of Cracker Jack®, and the early history of movie theaters and music publishing. I'd love to tell you the whole story and sing the entire song accompanied by those 1908 song slides. Please see my upcoming shows or contact me to schedule a performance.