See the Erie Canal at the Movies

In honor of the the 200th anniversary of the Erie Canal (constructed 1817-1825), here are some movies – fictional and documentary – that feature the Erie Canal. Segments (minutes) are given that illustrate or describe the canal.

Based on the 1929 novel, Rome Haul, by Walter Edmonds (which was also the basis for the 1934 Broadway production (Wikipedia, IBDB)), most of this movie involves the Erie Canal. Stars Janet Gaynor and Henry Fonda (in his first movie appearance), directed by Victor Fleming. Many canal scenes appear throughout the movie. This scene, which takes place in a tavern, renders a comic version of Low Bridge, Everybody Down.

A DVD of the movie was released by 20th Century-Fox's Cinema Archives and is widely available. Also, you can watch the entire movie here.

Another movie based on Walter Edmond's Rome Haul, this one is a musical adaptation with songs by Harold Arlen and Dorothy Fields. Stars Betty Grable and Dale Robertson, directed by Henry Levin. Many canal scenes appear throughout the movie. You can watch it here. 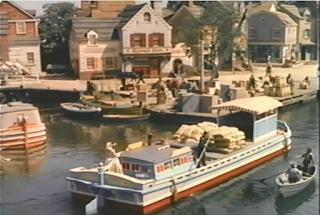 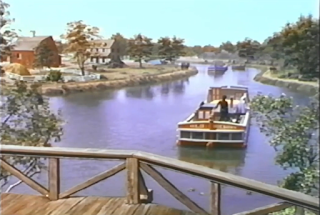 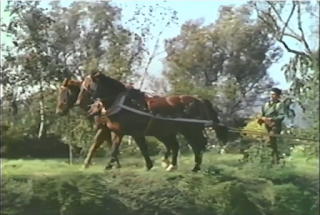 The play was adapted for radio, twice! Listen or download the mp3 here:

As John Wayne leads the U.S. Calvary on horseback across the dusty desert southwest, he calls out, “Singers, give us a tune!” The chosen song? Low Bridge, Everybody Down (The Erie Canal Song). Stars Maureen O'Hara and John Wayne, directed by John Ford.
Minutes: 49:12-49:48 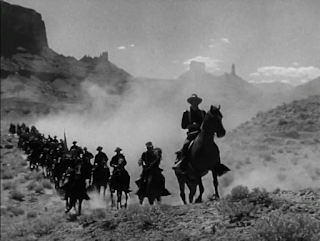 This Cinerama epic spans many decades. It begins with the Erie Canal. 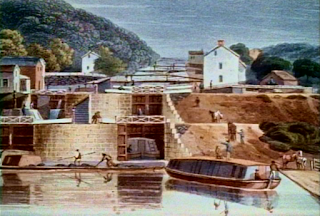 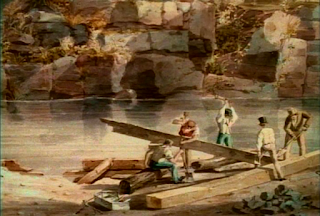 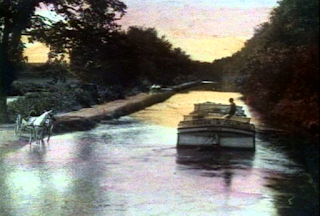 In the next episode of the series, Episode Two: 1825-1865, Order and Disorder, Chapter Two, The Metropolis of America, the important role of the Erie Canal in the growth on New York City is highlighted - minutes 6:38-8:03.

That's all for now! If you know of any other Erie Canal scenes at the movies, please let me know.
Posted by Sandy Schuman