OK, I’m a sucker for alliteration. Nonetheless, when I led a series of storytelling sessions, six days in succession, each with a new set of students, I noticed myself saying the same things over and again. As it turned out, they numbered seven. So here they are, pearls of storytelling wisdom or otherwise, Sandy's Seven Sagacious Storytelling Sayings.

One of my early storytelling performances was at a Tellabration organized by the Story Circle of the Capital District. We were eight tellers and about 350 people in a semi-circular theater that held about 400. A wonderful turnout. When my turn came I stood alone on the stage and slowly turned my gaze from left to right, trying to acknowledge and connect with the audience. I told Lucky Numbers, a story about my father, and how I had questions I would like to ask him, questions that I realized only after he had died.

After the performance, the tellers and many people from the audience gathered in a nearby restaurant for “beer and cookies” – and more stories. One man, whom I had never seen before, came up to me and shook my hand. “Thanks for that story,” he said with tears in his voice, “I needed to hear that.” That’s all he said, and then he disappeared back into the crowd. Since then, I try to remember that it’s not the audience who hears a story, but each individual person. One person, perhaps, will find something meaningful in my story. I have to tell my story to only that one person and it will be worthwhile. And if it is meaningful to that person, it is probably meaningful to others.

It is my dream to tell An Evening of Endings, a storytelling performance built around the last lines of my stories. In my dream, I offer the audience a list of endings and they get to choose which ending they would most like to hear. All I really want is to tell the ending of the story; that’s what counts most, it’s why I want to tell the story in the first place. But, for it to have any meaning, I need to tell them the beginning and the middle.

Put another way, it’s easy to rehearse your story, starting at the beginning each time, and pay a great deal of attention to the beginning and the middle, but then run out of rehearsal time before you get to the end. If, when you rehearse the next time, you start again at the beginning, you may never spend adequate time thinking through and rehearsing the end. 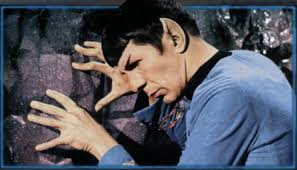 I have long admired the Vulcan Mind Meld as a perfect form of communication. (If you are not familiar with it, this is a method used in the science fiction world of Star Trek to join minds together – “My mind to your mind, my thoughts to your thoughts.”) Since it is a fictional ideal, we must use the next best things: images and words. As a storyteller, I might think my vehicle is words. But this is incorrect. In my head I have an image, and I want to get that image into your head. Words are the vehicle, but the image is their source and destination. By being aware of the images I have in my head, and how I zoom in or out and switch from one to the next, I can tell a better story and produce better images in the heads of my listeners.


4. Tell a story that the listener needs to hear, or one that you need to tell.

I attended a dinner at a professional conference and sat next to a person I had only recently met. Before long, steeped in conversation, she started telling me about her sister. It seems her sister struggled with severe social anxiety and was under the care of a doctor who managed her medications. After listening for some time, I told her the story of the Turkey Prince. I didn’t know if that story would be of any help but I thought it might. When she saw me the next day she came over to thank me for telling that story. It is a good day for storytellers when the stories they tell are useful for their listeners to hear.

Sometimes I tell a story because I need to tell it. It represents something meaningful and important to me and I feel good when I tell it. With apologies to Descartes, “I have shared my story, therefore I am.” When the story I need to tell and the story the listener needs to hear are the same story, it is a very good day.


5.There is always another side to the story.

Whenever I or one of my sisters would complain about what someone did, describe what happened in some incident, or comment on something we read in the newspaper, my father would say, “there is always another side to the story.” It helped us build perspective, to appreciate that no matter how confidently someone told their side of the story or how sure we were of our own understanding, there was always another way to look at it. For a storyteller, this is all so true. We can tell a story from the point of view of any of its characters or objects. And even if we don’t, it’s often useful to think about the story from different perspectives as a way to gain a fuller understanding of the story. But we don’t have to tell every side of a story, we need only tell one side – and let the listener wonder about the others.


6. My story gets longer before it gets shorter. 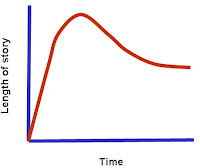 I usually start with an idea – or some related ideas – of a story and then develop it. Whether I write it down in narrative or outline form, or keep it all in my head, it grows. It gets longer and wider and then, as I shape the story – deciding which details to omit, retain, add, and expand – the story starts to get shorter. I allow the story to get messy, knowing that before long it will settle down. I’m not smart enough to know how it will end up, so I have to wait to find out. And that’s OK. 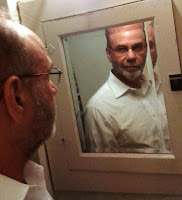 
So ends Sandy's Seven Sagacious Storytelling Sayings. They are not sufficient! I’m eager to savor the succinct storytelling suggestions you supply.