Living in the Country

Every time I heard Living in the Country I said to myself, I must dig out that unique recording I have of Living in the Country, the one with that powerful, rhythmic, bluesy introduction that dramatically shifts into the light-aired melody everyone is familiar with. The one that Pete Seeger attributed to Huddie Ledbetter, that I recorded off the WQXR radio show, Folk Music of the World, programmed by Robert Sherman, in the late 1960s. It was the first time I heard it, and it became my aspiration, my obsession. I had to learn how to play it on the guitar. I even bought a 12-string. I listened to that tape repeatedly in high school and college, and then stored it away. And although I have heard many performances and recordings of Living in the Country by many artists, none of them approach that first one I heard by Pete Seeger. And although I said many times I should retrieve that tape, I never found the time.


A few years ago, my sister asked if I wanted my father's old Wollensa 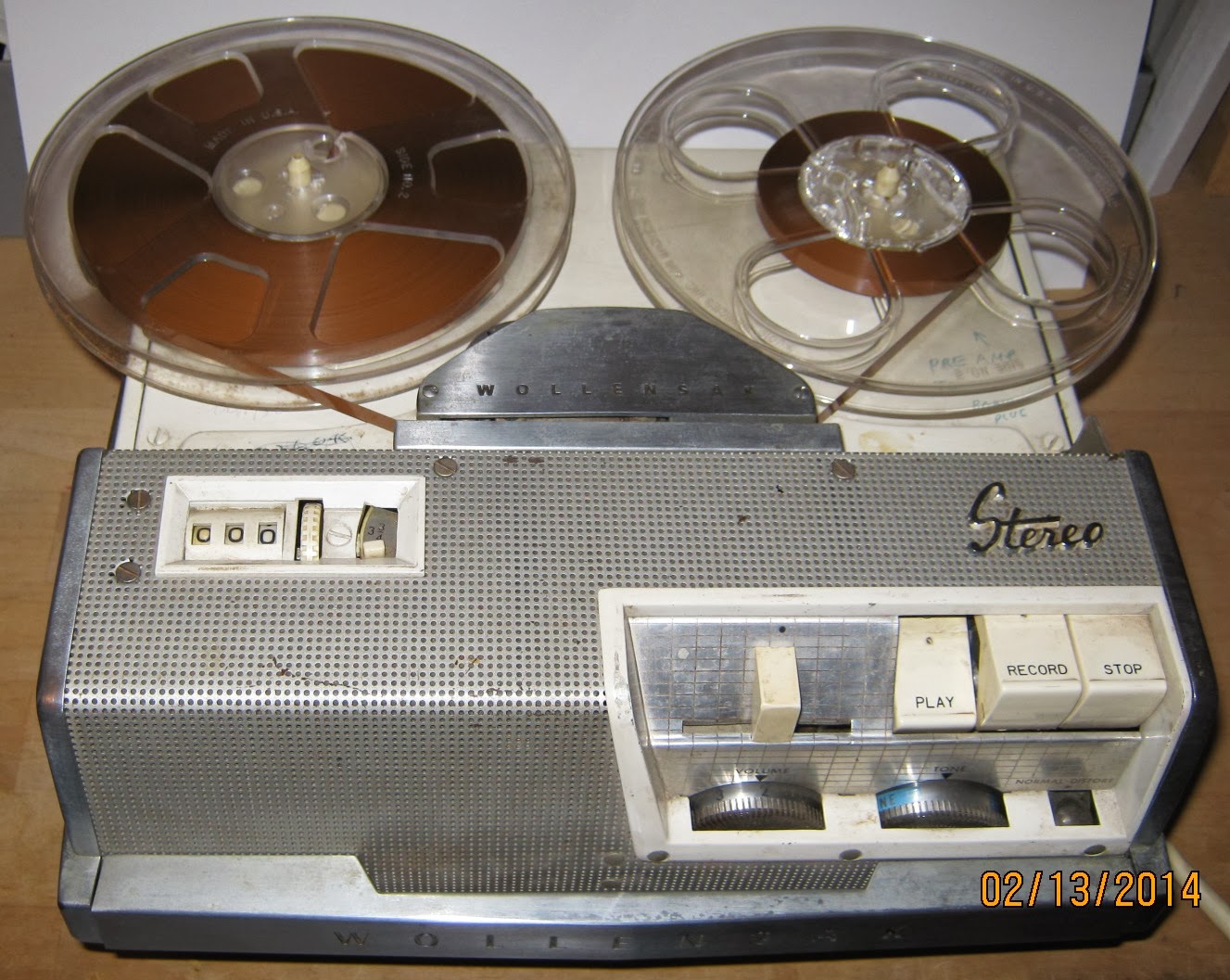 k 7" reel-to-reel tape recorder. I said yes, anticipating that I would use it to play back that old recording. After all, it was the machine I had used to record that radio show in the first place. But the old Wollensak just laid there, gathering dust. I didn't even know if it still worked.

When Pete Seeger died I could put it off no longer.  I looked for those old 7" reel-to-reel tapes – in my old storage crate in the attic, in my cartons of old books, in my box of high-school treasures. Not there. I gave up. And then, days later,  I spotted them on the book shelf above my desk. I had retrieved them some years ago and placed them there – so they would be handy.

I opened the old Wollensak and cleaned off four decades of grime, only to find there was no take-up reel.  It took me a few days before I set about finding one on eBay: $3.00 (plus $5.94 for shipping) from a seller in Orlando, Florida. Then I had to wait several days for the auction to close, and more until finally the package arrived. But I had found not one but two of my old 7" reel-to-reel tapes and it would likely take hours to find that particular recording. I was too busy.

I retrieved my bag of audio cables and adapters from the basement, a carry over from my college days when I thought myself knowledgeable in such matters. I connected the Wollensak's outputs to my computer's inputs in every conceivable configuration, to no avail. Audacity recorded hums and buzzes. Watching the afternoon tick by, I gave up and held a microphone in front of the Wollensak, a reversal of the process I had used to record the radio show (using a microphone in front of the radio speaker) some 45 years ago.

The quality of the recording is poor, but still conveys the essence of this unique arrangement.

The host of the radio show provides a brief introduction to these two versions of Living in the Country.  The first version is from a London recording made in 1959. I searched the web but was unable to find a better quality version. (See update below).  It starts with Pete Seeger talking about Huddie Ledbetter and he seems to attribute Living in the Country to him. Indeed, "Living in the Country" is likely a reference to "Goodnight Irene," Lead Belly's #1 hit song of 1950, that has the line, "Sometimes I live in the country."  It is unlike any other recording of Living in the Country, starting with a powerful, rhythmic, blues section that breaks into the lighter melody with which we are so familiar. The second version is the well-known "whistling" version that appears in numerous recordings by Pete Seeger and other artists.

You can listen to my recording of Living in the Country from the Folk Music of the World radio show here.

But that's not quite the end of the story. You see, I've been trying to find the lyrics to Living in the Country for as long as I've been trying to play it on the 12-string. I thought I saw the lyrics printed in an issue of Sing Out! magazine, but the lyrics did not turn up in a search of it's archives. To the best of my recollection, here they are.

Living in the Country

I'm living way out in the country
I rarely come into the town.
It's always so lovely, delightful,
I wish that you would come around.

Oh, please, won't you come away with me.
We'd be so happy living in the country.

Work all day,
Laugh and play,
Sing this song to you.

Perhaps I will retrieve my old 12-string from the attic.

I recently found Pete Seegers 1959 recording, I Knew Leadbelly which was recently re-released, as described here.
Posted by Sandy Schuman