What is a Jewish Story 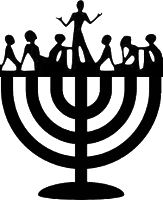 Is there anything special about Jewish stories? Perhaps they are just like the stories of other cultural traditions. But if there is a difference, what is it that makes a story distinctively Jewish?

I thought I would explore this original question – until I discovered that it wasn’t so original, that others had already asked the question and given thoughtful answers, writing about unique aspects of Jewish folktales, jokes, and humor.

Henry Eilbert wrote that a joke is Jewish if it “stems from the conditions of Jewish life or from the experience of the Jewish people, … depend[s] on the use of a Jewish language … [or] show[s] real or supposed Jewish characteristics or stereotypes.”

A Jewish folktale is depicted by Nathan Ausubel as “philosophical and subtle, pious and moralistic, witty and ironic … ethical, pointing a lesson of right conduct, ceaselessly instructing, often even when it is being entertaining or humorous. … The most precious quality in them is their agitation over the eternal mysteries of the human soul.”

Dov Noy’s analysis showed that a Jewish folktale involves four main elements: a Jewish time (a holiday or life cycle event), a Jewish place (such as a synagogue or the Land of Israel), Jewish characters (a rabbi, a person from Jewish history, etc.), and a Jewish message (an ethical teaching, the listener’s duty to God, family, and community).

As seen by William Novak and Moshe Waldoks, Jewish humor “is substantive … can be sarcastic, complaining, resigned, or descriptive … tends to be anti-authoritarian … has a critical edge which creates discomfort in making its point … [and] mocks everyone – including God.”

Here is one more, a brief definition I find particularly appealing.


A distinctively Jewish story is one that a non-Jew wouldn’t understand, and a Jewish person has already heard.

By telling – and retelling and explaining – these stories, we share what we find of value.

Dov Noy, “Forward: What is Jewish about the Jewish Folktale.” In, Howard Schwartz, Miriam's Tambourine: Jewish Folktales from Around the World. Oxford University Press, 1988, pp. xv-xviii.

William Novak and Moshe Waldoks, Editors, The Big Book of Jewish Humor, Harper Perennial, 1981, pp. xx-xxii.
Additional articles on this topic
Jewish Writer, by David Albahari
Nu, What Makes Jewish Literature so Jewish, Anyway? by Rachel Barenblat
What is a Jewish Book, by Kathy Bloomfield
Defining “Jewish Writing,” by Erika Dreifus
Thoughts on Jewish Story, by Erika Dreifus
What Makes a Short Story Jewish? by David Ebenbach
What Makes a Creative Process Jewish? by David Ebenbach
Am I a Jewish Writer or a Writer Who Happens to Be Jewish? by Ellen Feldman
Writing “Jewish” Fiction, by Allegra Goodman
Are You a Jewish Writer? by Joshua Henkin
Is There Such a Thing as Jewish Fiction? Moment symposium with 17 authors
The Complication of the Jewish Writer Question, by Daniel Torday
Five Jewish Writers Walk Into a Bookstore..., by Joseph Winkler
Are You a Jewish Storyteller? by Jennifer Rudick Zunikoff
Why Storytelling Is Essential to Jews and Judaism by Rabbi Lord Jonathan Sacks
From Its Opening Parsha, Torah Tells Us a Story by Rabbi Dr. Tzvi Hersh Weinreb
Posted by Sandy Schuman